What’s the most unethical food available today? It would be foods with ingredients derived from large, industrialized mono-crops. In this post I’ll review what mono-crops are, what they’re doing to the environment, and what ingredients are used to create fake meat.

If you consume fake meat with the idea that you’re being ethical, this post will outline exactly why you’ve been misled and how you need to rethink ethical food production and consumption.

What is a Mono-Crop?

Year after year, a monocrop is the same crop farmed, no rotation with other any other crops. Crop: a cultivated plant that is grown as food. No other crops grow in these massive, industrial, soil depleted, bug, bird, and rodent reduced fields. Just one plant, year after year, sucking up all of the nutrients in the soil with no ability to revitalize or improve the land.

What happens to the soil of a monocrop?

The soil in a monocrop field becomes significantly less productive over time. Monocrop farming reduces organic matter in soil and may cause significant erosion.

In addition to organic soil degradation over time, the crops, out of necessity, require the use of synthetic fertilizers (because soil becomes depleted), there’s just not enough nutrients in the soil to produce a solid crop. In addition to synthetic fertilizers, the farmer must also control pests (ie: use more pesticides). These pests come in the form of soil fungi, insects, and other agricultural issues.

What monocrops are used in fake meat production?

Corn, soybeans, and wheat are three most common mono-crops. Why is Corn, Soy, and Wheat monocrops? A few reasons: they use the same seed time after time, pesticide and fertilizer needs are similar for pest control and soil, farm machinery can be crossed over from one crop to the other, growing methods are similar for the farmer, and of course: subsidies.

What are the subsidies from the US Government for mono-crop farming?

First off, what crops are not subsidized? Non subsidized crops in the US include: fruits, nuts, and vegetables. These crops are known as “specialty crops” and they account for only about three percent of all US cropland.

The thought that you’re saving the lives of animals by eating fake meat is about as accurate as me saying cows don’t have to die for me to eat them. Animals lose their lives in the process of farming vegetables. When harmful pesticides and artificial fertilizer is used: birds, dragonflies, bees, butterflies, and so many more creatures suffer and die at the hands of mono-crop agriculture. Mice and rabbits are also routinely run over by machinery (especially in the fields of mono-crops).

To understand the scale:

“There are 442 million acres of monocropping in the US alone. Only 9 plant species account for almost two-thirds of total crop production. Over the past 10 years, we’ve had 100 million tons of herbicides dumped onto our crops, polluting our soil and streams.” – source

The size of these massive monocropping farms displaces and kills native animals. Knowingly eating processed fake meat = knowingly killing creatures in the wild. There’s simply no avoiding the truth (unless you decide to pretend). When eating monocropped ingredients used in the production of fake meat, you’re unable to take the moral high ground and claim that you’re in opposition of taking life to sustain life.

However, when eating sustainably and ethically raised beef, most (if not all) farmers provide a much higher quality life for the animal than the animal could have ever been afforded in the wild. They simply have one bad day, and their death is instant. If all creatures are living and should be valued, knowingly killing one animal to provide nutrients for sustaining life is a far superior option than displacing countless animals, destroying the land, and possibly killing multitudes of living creatures.

In the animal world, we see this progression of the taking of a life to sustain life. It’s only natural. Knowing clearly that there is no moral high ground in relation to the decision to avoid meat, let’s discuss the ingredients in fake meat:

What are the main ingredients in fake meat?

The main ingredients found in fake meat include (but are not limited to) – Wheat, Peas (legumes), Soybeans, Coconut Oil, Corn, Rice, and Potato.

What are the ingredients in a Morning Star Burger?

What are the ingredients in Beyond Burger?

What are the ingredients in Impossible Burger?

What are the ingredients in Lightlife Burger

Ingredients in fake meat that may cause health issues:

For years now the extent of gluten sensitivity has been downplayed as “not that serious” or an over-reaction fad diet. However, it’s easy to see that more people are sensitive to gluten (in large measure) as previously believed. There is no nutritional benefit to consuming wheat that outweighs the risks. Yes, the texture and taste of bread is amazing and yes… on occasion it’s okay. But it’s not a healthy food choice and too much wheat will likely cause distress.

Possible health related issues that may arise from Wheat consumption:

Let’s look at the data we know in relation to the rise of auto immune disease:

“For different autoimmune conditions, incidence is increasing at ranges between 3% and 9% year on year. This includes:

Taking in to account the rise of auto immune diseases and wheat:

“Another large percentage of Americans have autoimmune disorders, irritable bowel syndrome, chronic headaches and/or microscopic colitis, which place them at high risk for gluten sensitivity. About 60% to 65% of people with those conditions test positive for gluten sensitivity through Enterolab, Dr. Fine says.

Meanwhile, about 20% to 25% of people with no symptoms are diagnosed with gluten sensitivity based on Enterolab testing results, Dr. Fine says.

“When we did the math, we came up with the number of about one in two are gluten-sensitive,” he says.” – source

Soy contains estrogen-like compounds called isoflavones. Some studies suggest that these compounds could promote the growth of some cancer cells, impair female fertility, and thyroid function.

Soy contains high levels of goitrogens. Goitrogens are compounds that inhibit the thyroid’s ability to utilize iodine correctly this may lead to hypothyroid issues.

Soy contains lectins and phytates. Lectins bind to sugars when digested in the body, this may cause an inflammatory reaction. Phytates impair the absorption of iron, zinc and calcium, and may contribute to serious mineral deficiencies over time.

Soy also has protease inhibitors. These toxins block the action of enzymes that have the responsibility of digesting certain proteins.

Coming from the midwest, I have a long running and postive relationship with corn. I love how it tastes, I love the memories, and I love the mass amount of things corn is used for (outside of food). It’s pretty crazy how valuable corn is in our society. HOWEVER, alone as it stands, it’s not a beneficial ingredient that provides any real health benefits. And frankly it’s probably the worst crop for soil on planet earth.

I get it though, corn on the cob is delicious, I love it. However, it’s not without its precautions.

Pea protein is pretty controversial, to start: it’s probably not the worst thing you can eat. However, it’s a legume so you run in to the phytate and lectin issue. If you have any amount of auto immune disease, you really need to avoid legumes (pea protein is a legume).

Lectins bind to sugars when digested in the body, this may cause an inflammatory reaction. Phytates impair the absorption of iron, zinc and calcium, and may contribute to serious mineral deficiencies over time.

Canola oil has been marketed as healthy. This is due to the fact that it’s SUPER CHEAP and is useful in many plant based applications. Convince people it’s healthy and watch profits sore! Canadian Oil (Canola oil) may be the worst thing to come out of Canada. Canola oil is a vegetable oil derived from a variety of rapeseed.

Canola oil is unstable under heat, light and pressure, this causes oxidation and then the release of free radicals inside the body. Canola Oil produces unacceptable levels of butadiene, benzene, acrolein, and formaldehyde when heated.

Canola oil is also capable of promoting high levels of inflammation in the body. – source

Other Ingredients Found in Fake Meat

The ingredients listed above are the staples of these fake meat options. However, there are loads of other ingredients in smaller in quantities not listed here. I’ve not yet compiled a list of issues with these lesser used ingredients.

What are you doing when you eat fake meat?

I believe those that consume fake meat for ethical reasons have the best of intentions. But the road to hell is paved with good intentions, or at least I heard that somewhere. And if you still believe that eating fake meat is healthier, well… I… uh… I can’t help you.

I hope you ask yourself “Is eating fake meat healthy and ethical, or is this just another product genre meant to make a few people a lot of money?”

Want to learn about the health benefits of beef?

Beef Benefits (Why is Beef Healthy?)

There’s just no getting around how dangerous fake meat is for the environment and countless living creatures. This post outlines: ethical and health considerations of fake meat. 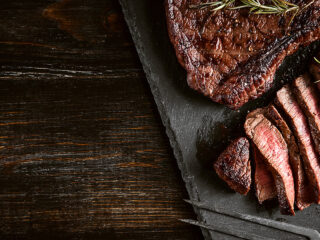 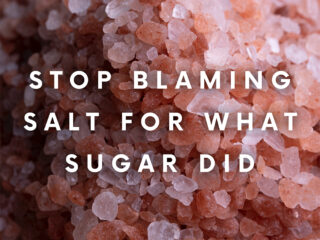 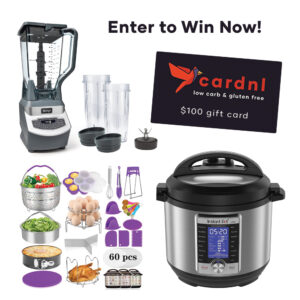