I love Costco. I love Keto. In this post we dive in to the ingredients used for Costco’s Keto bread and determine if it’s actually Keto or if it’s just a marketing gimmick.

Ingredients in the Keto Bread at Costco

I love Cassava flour, it’s a great alternative for wheat flour, and is perfect in Paleo recipes. However, while I love it and think it’s a clean alternative to grains, there’s a darker side: it raises blood sugar levels. Tapioca Starch is derived from Cassava.

How is Tapioca Starch Made?

Tapioca starch is usually made from the cassava root. The roots are peeled, washed, and grated to create a pulp. This process is repeated until the desired purity is reached. The pulp is then mixed with water and heated to allow the starch in the roots to break down into smaller pieces of starch granules. These granules are then strained and rinsed with water until all of the liquid has been removed from them. The final step is to dry them so they will not be sticky and gooey when they are cooked with other ingredients in food products such as puddings or breads.

The number one ingredient listed on this bread is known to raise blood sugar. While i think Cassava flour is a great alternative for most, it’s a terrible option if you’re trying to manage blood sugar levels.

Here’s a good spot to insert a visual of how this bread spiked my blood sugar. Remember: when on a Ketogenic Diet, it’s important to eat foods that do not raise blood sugar levels. This product cannot be considered Keto, it raises blood sugar and IMO it’s mostly because of the very first ingredient: tapioca starch.

To read more on CGM use and testing, here are two useful blog posts:

Inulin is a soluble fiber that can be used as an alternative to fiber supplements and modified food starches.

One of the benefits of inulin is that it is more readily digested than other fibers, and it does not have the same effect as insoluble fiber on increasing fecal bulk. The FDA has approved inulin for use in a variety of food applications, such as frozen desserts and cereal bars.

Inulin (should be safe but I’m not completely convinced)

Inulin is a natural carbohydrate which humans can digest, but the bacteria in the gut cannot break it down. It will release its energy slowly into the system and in theory should keep your blood sugar level under control.

Inulin is not broken down by bacteria in the gut, so it has a low GI rating of 2-5 and may not raise blood sugar.

However, I’m not sure that labeling always tells the full story on what fibers are actually being used. With this ingredient, I’d give it pass if the bread didn’t raise my blood sugar. I’m not in belief that this was the reason for the spike but I have to remain someone skeptical as fibers are not as reliable as alternative sweeteners like Allulose and Stevia in relation to blood sugar control.

There’s a problem with these ingredients BUT alone, they do not raise blood sugar. BUT that doesn’t mean you should consume them…

Gluten is a protein and for most, it will not raise blood sugar. However…

I think it’s funny that people now wear “I eat gluten” as a badge of honor. Congrats, you’re so silly, clever, and handsome. But… you’re wrong.

Gluten sensitivity isn’t just for those that have been diagnosed with celiac. Modern day gluten (the protein) isn’t going to outright kill you. But… it’s probably making you weaker, especially if you consume it daily.

I don’t want this post to be all about gluten, so rather than write up my reasoning behind avoiding gluten, here are some links that may help:

In other words, just avoid gluten. It’s not doing you any favors and it probably is causing harm.

What is Soy Oil?

It’s made when: the soybeans are cracked and then heated to between 140–190 °F. After, they’re rolled into flakes and then solvent-extracted with hexanes. The oil is then refined, blended and usually hydrogenated.

Soybeans used in commercial foods are almost ALWAYS genetically modified making them glyphosate-resistant. This mans that the crop is perfectly glyphosate resistant. Farmers can kill weeds by spraying glyphosate, without killing their soybean crop, and they do. And you consume it… a probable carcinogen. Not only that but:

Why is Soy Oil Bad?

Soybean Oil is an ultra cheap ingredient and if you consume products with it, know this: you are buying “food” that is being made IN THE CHEAPEST WAY possible.

There’s no other reason the company is using soy oil in their product other than: cost. Which should make you question everything, including: the product you’re consuming & the company behind it.

The Artisan Bakers Keto Bread available at Costco is not a Keto Friendly product. Not only is not Keto friendly, there are ingredients that all consumers should avoid.

Disagree? Have experience? Let me know in the comments below. 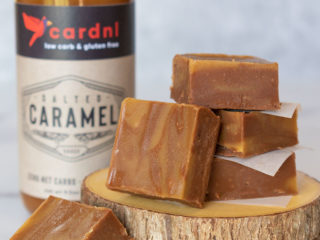 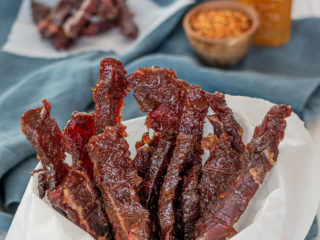 I don't consider "keto" to anything about blood sugar in my internal metabolism. I only want to know if it ADDS any net carbs. The lower the net carbs, the higher the keto character of the food. Period. Sorry.

I also bought this bread and was immediately knocked out of ketosis. Was pretty disappointing.

@Kirk, but then you go right back to low blood sugar, because no net carbs are ADDED. It's just a transient effect.