Before I jump into artificial sweeteners and if they raise insulin or not, it’s important we first understand what insulin is and what it does.

Insulin is a hormone created in the pancreas. Each time you eat (most) carbohydrates, the pancreas produces insulin which in turn helps to either use the blood sugar for energy or store it as energy for later (aka fat). Overconsumption of carbs helps to contribute to insulin resistance (you want to be insulin sensitive). When the cells in your muscles, fat, and liver just can’t take anymore; Insulin resistance creates an inability to utilize all of the blood sugar consumed, it starts to pile up (excess sugar in the blood), and if this happens on a regular basis, you get fat and sick.

There’s nothing worse than always feeling hungry and getting irritable if you’re not constantly eating. Thank (or curse) blood sugar spikes for that feeling. We’ve all been there, it’s awful… nobody likes you when you’re hangry.

What are Alternative & Artificial Sweeteners?

There are many more but these are ones I consume on a fairly regular basis.

Even though I see these types of sweeteners as different, there are a lot of people that would classify these as the same, as artificial sweeteners. That’s okay, it doesn’t really matter with all things considered and this question. Click the link for the alternative sweeteners above to learn more on how they are found in nature and then created for ingredient usage.

Here’s an author and MD tweeting that he believes alternative sweeteners “trick your metabolism” and then your body in turn starts to “pump out insulin”. He doesn’t cite any references. But I will.

Before I cite references debunking this claim:

I can’t easily test insulin levels at home like I can blood sugar (via CGM). So the question here is: do artificial sweeteners that do not raise blood sugar, still have an impact on the pancreas enough to produce excess insulin “pump out insulin” as Mark Hyman suggests?

Let’s look at the data:

No Acute Effect on the Mean Change in Insulinemic Response

“We conducted a systematic review and meta-analysis of human intervention studies examining the acute effect of (low-energy sweeteners) LES intake on postprandial glucose (PPG) and postprandial insulin (PPI) responses, in order to comprehensively and objectively quantify these relations.”

Conclusions: Ingestion of LES, administered alone or in combination with a nutrient-containing preload, has no acute effects on the mean change in postprandial glycemic or insulinemic responses compared with a control intervention.

Twenty-six papers (34 PPG trials and 29 PPI trials) were included. There were no reports of statistically significant differences in the effects of LES on PPG and PPI responses compared with control interventions.

Link to above reference

Conclusions: In healthy subjects, total insulin and c-peptide was similar in aspartame, sucralose and water settings. NOTE: subjects were given 72 mg of aspartame and 24 mg of sucralose in 200 ml of water or 200 ml of water alone. Explained: people drank WATER ALONE or WATER & SUCRALOSE or WATER & ASPARTAME and INSULIN response was similar – SIMILAR TO WATER, no significant impact more so than water. WATER!

Very low glycemic artificial and alternative sweeteners have limited to no impact on blood sugar AND insulin levels.

There’s no shortage of opinions when it comes to diet. Maybe Mark Hyman gets it right most of the time, I don’t really know. I do know, with this, he got it dead wrong. Misleading information like this helps no one.

Alternative sweeteners as outlined in this post do not raise blood sugar and do not raise insulin levels. If there is evidence to the contrary, please include a link and explanation in the comments.

Evidence we have right now debunking Mark Hyman’s claim that alternative sweeteners “trick your metabolism” and then your body in turn starts to “pump out insulin” are as follows:

Ingestion of LES, administered alone or in combination with a nutrient-containing preload, has no acute effects on the mean change in postprandial glycemic or insulinemic responses compared with a control intervention.

In healthy subjects, total insulin and c-peptide was similar in aspartame, sucralose and water settings. Meaning: no difference between the consumption of water or water with aspartame or sucralose. 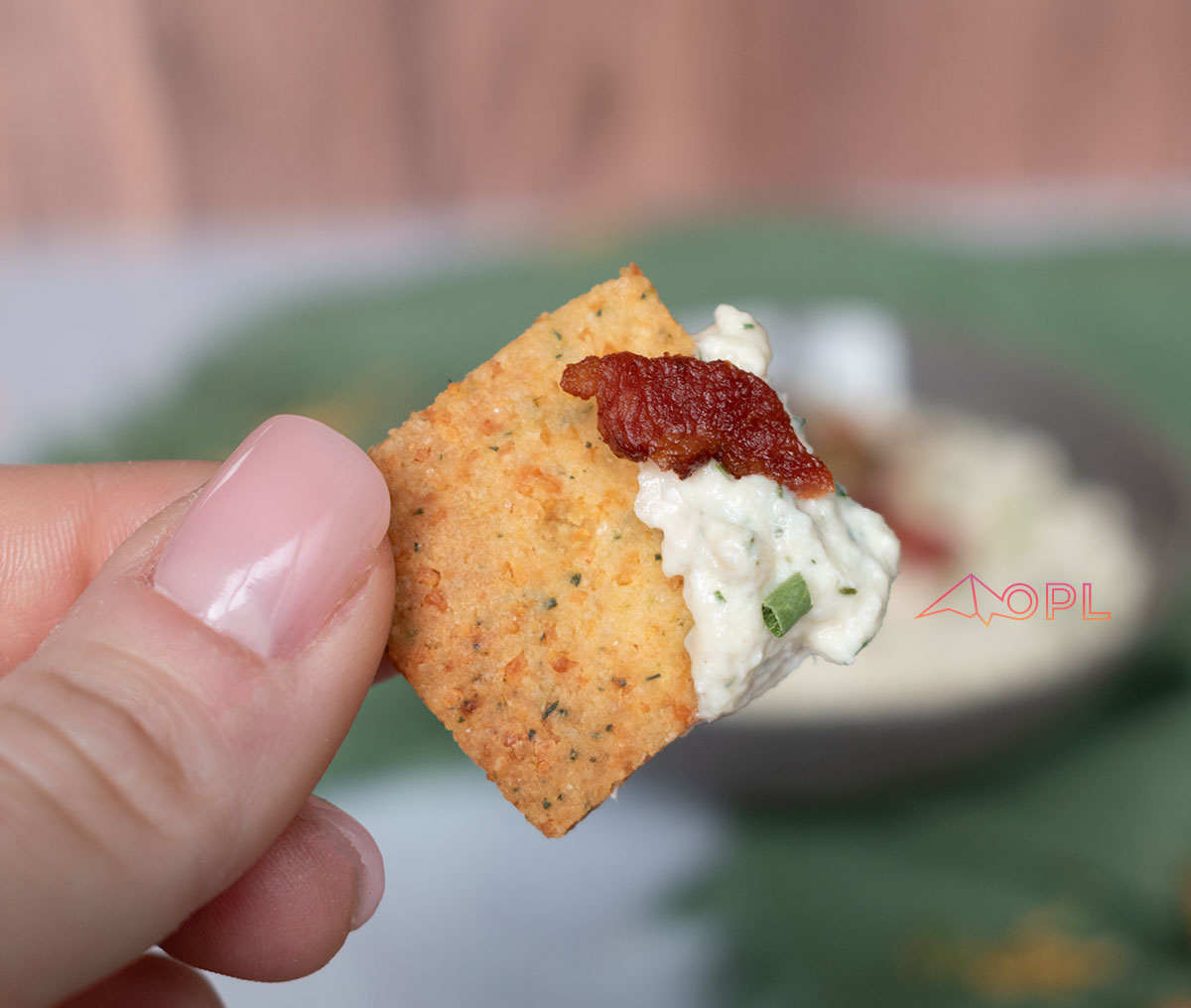 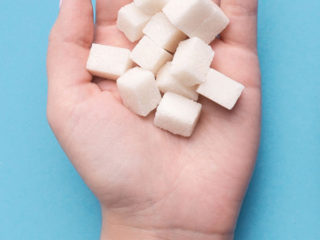 Rob, you have absolved artificial sweeteners far too quickly. Please look at the following evidence-based articles.

1.The sweet taste of artificial sweeteners triggers cephalic phase insulin release, causing a small rise in insulin levels. 2. Regular use changes the balance of our gut bacteria. This could make our cells resistant to the insulin we produce, leading to both increased blood sugar and insulin levels. Source: https://www.healthline.com/nutrition/artificial-sweeteners-blood-sugar-insulin#TOC_TITLE_HDR_3

On a general note, I think your insistence on keeping a diet (artificially) sweet is not a healthy long-term strategy - it's much better to cut both sugar and artificial sweeteners. By doing so, your cravings for sweets will be significantly reduced.

And one more thing, in the comments you admit to drinking Coke Zero Sugar - I wonder if you realize that it causes tooth decay and has other negative health effects: https://www.healthline.com/nutrition/is-coke-zero-bad-for-you#other-downsides

First, in response to #1: Ingestion of LES, administered alone or in combination with a nutrient-containing preload, has no acute effects on the mean change in postprandial glycemic or insulinemic responses compared with a control intervention. -references listed in post.

And #2: I have a post with sources on exactly addressing that thought: https://www.ourpaleolife.com/artificial-sweeteners-human-microbiome/

The healthline articles you've listed, use sources of epidemiological studies... that are flawed. It's akin to me saying: all humans that drink water will die (while that's a true statement) it's misleading to indicate that water causes death even though it may be correlative in nature.

Cutting sugar is important (like you mention) and I believe strongly that these sweetener options help those attempting to reduce sugar intake.

And in relation to tooth decay: from the study that healthline refers to: "Groups of five specimens were placed in acidic solutions adjusted with alkali over the available pH range; citric, phosphoric and hydrochloric acid were adjusted with sodium hydroxide and citric acid with trisodium citrate."

So unless you're putting your teeth in an acidic solution - this concept holds little to no value to people who consume citric, phosphoric, and hydrochloric acid.

Hi, Thanks for this. I've been keto for about 6 months now and have read many articles claiming aspartame and sucralose are not keto and not good for you in general, while Allulose, eryithritol, monkfruit and stevia are keto and all around better for you. After reading your article, I'm now unsure. I feel like one of the biggest examples is diet soda. I gave up traditional diet soda for Zevia - no artificial colors and stevia sweetened. So...in your educated opinion are the natural alternative sweeteners better for you than the artificial alternative sweeteners?

@Rob Benson, awesome thanks so much! I love ordering from your store online and all the info you post has been so helpful in my keto journey. Keep up the great work!

Great question! With everything I've written I'm going off of two sources: data from published studies and personal experience while using a CGM. I cannot find any viable evidence (other than general opinion and petri dish experiments) that Aspartame and Sucralose impact gut health or cause insulin related issues. For the foods we produce at cardnl, neither of those ingredients are of interest to us in preparing baked goods, so I don't have a vested interest in them other than I now personally consume them now. I, like you, drink Zevia (our fridge is stocked), but recently, I've changed my opinion (due to this research and experimentation) and introduced Sucralose sweetened energy drinks and Coke Zero Sugar too. I love Stevia (especially Reb M), we use it in our electrolyte blends. AND I can't believe I now drink Coke Zero Sugar, I would have never believed it, but here I am! To answer your question, I don't have any data showing that a person will be better or worse off by consuming artificial sweeteners vs. alternative sweeteners like Allulose. I am very interested in this and hope there are large scale scientific studies with humans that pinpoint even more facts... until then, I feel safe consuming all of the above.

I personally have a blood sugar reaction any time I have use Splenda as a sugar substitute. I get “halo vision” every time I use it. I do have hypoglycemia and have to watch my sugar intake. I even have issues if I have too much fruit. So yes, the body can be tricked. I wouldn’t throw the bath water out with the baby quite yet. Every body is different.

@Rob Benson, I bet the culprit is maltodextrin. I use to use Splenda powder,but it raised my blood sugar every time. A suggested using Splenda liquid because it doesn't raise her blood sugar. I tested this the morning after I purchased it. It was true!! No blood sugar spike! The only difference in ingredients is the maltodextrin is in the powdered form of Splenda, not the liquid.

How do you test your blood sugar reaction? Have you tested in different scenarios (time of day, workout, food)? I too "technically" have hypoglycemia - generally my diet is high protein, moderate fat, low carb (and I stay in the 60-75 mg/dl which is considered "dangerous" but I'm doing really well). Sometimes I even stay in the 50's for hours.

Fruit doesn't surprise me, no tricks there. However, consuming a sweetener that's rated under a 5 on the glycemic index I'm willing to bet a reaction is being caused by something else. For folks like you that have a reaction to splenda, it'd be interesting to know exactly what else you're eating at that moment. OR if you've ever tested with just the splenda on an empty/fasted stomach with a CGM (real time overview and graph not just a snapshot with a finger prick).

I agree that every body is different but it would be interesting and confounding to see under strict circumstance if a zero or low glycemic sweetener actually has an impact (stand alone). What mechanism would be causing it? The data just doesn't add up to conclude that but it's hard to know with anecdotal reasoning if what you're saying is actually the Splenda or other circumstances. 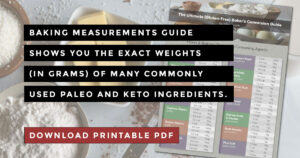