A couple weeks ago, I was feeling a bit under the weather. I developed a cough that just wouldn’t go away, which resulted in a sore throat and extremely painful abs (although I assume there is a lovely six-pack under there somewhere by now). The old me was super craving some chicken noodle soup. It’s just kind of standard, you get sick and you eat chicken noodle soup with saltines.

Well, that’s not really an option now. I recently obtained some lovely free-range chickens (not the live, running around, backyard type, but the already butchered type) and decided to make my own chicken broth. I gathered up some veggies, threw everything in a pot, and a few hours later, I had a bunch of jars of beautiful, flavorful chicken broth in the fridge. I put them all in Mason jars, but kept one out and just sipped on the broth. My poor throat was loving it!

I eventually got better and had plenty of broth leftover. After a recent cheat meal out, I remembered how much I loved egg drop soup, but going out to get it on a regular basis is just simply not going to happen. It’s such a simple dish that I would feel ridiculous not making it at home. Now, I have made this soup with both my homemade broth and the organic stuff in the carton, and I can definitely say the homemade stuff is way better and makes a huge difference. So if you can swing, definitely use a homemade broth for this recipe.

Also, You can make this more authentic with the addition of arrowroot starch as a thickener, to replace the cornstarch that is typically used in the authentic version, but it’s honestly just as delicious without it, just more “brothy”. I like it both ways, and almost prefer the non-arrowroot version, but it’ totally up to your personal preference.

My 3 kids devoured their bowls of soup and asked for more. It dawned on me while I was sipping on this soup for lunch the other day that it could totally be eaten as a breakfast food. It’s so quick to make (assuming you already have the broth made) and contains so much good stuff to start your day. It’s a new spin on a typical egg breakfast and I think my kids will love not eating their typical scrambled egg breakfast for a change.

Can you link to a good chicken broth recipe? Thank you

That is very attention-grabbing, You're a very skilled blogger. I have joined your feed and look ahead to searching for extra of your great post.

Additionally, I have shared your site in my social networks

I saw the comment above asking if this is ok to reheat and I was wondering if that also means it can be frozen and then reheated?

Feeling under the weather and this looked so much more appetizing canned chicken noodle soup :( I made half a recipe and opted the corn starch out. It is sooooooooooo good!!!!! I feel better already! I added a dash of soy and sea seemed oil and eliminated the salt because the chicken stock I used was not home made :( but if you have a good reciepe for chicken stock, I'm up for that:) Thanks so much for sharing this yummy recipe,

A-MA-ZING!!! I added some chicken and red pepper flakes and my husband slurped it right up! Thank you for the recipe. So easy! :) 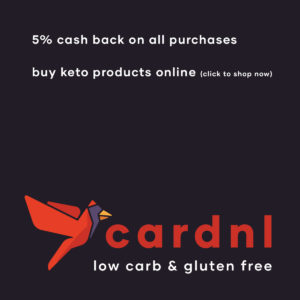